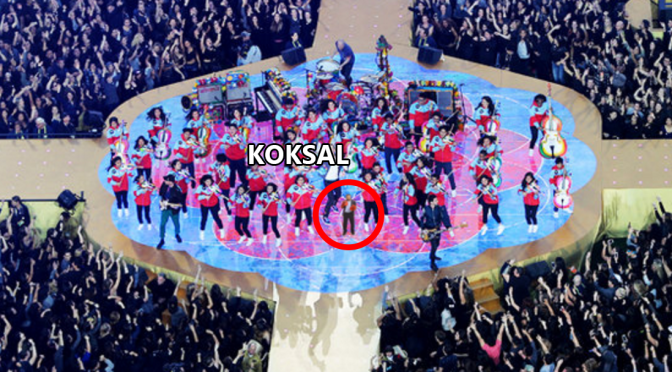 SANTA CLARA, CA – In a shocking turn of events, Turkish superstar Koksal Baba has been snubbed of his solo performance at the Super Bowl 50 halftime show. Which lead to outrage among fans eagerly watching the game via telecast in Istanbul. This anticipation was met with sheer disappointment as Coldplay, Beyonce, and Bruno Mars were playing instead of him.

Baba, however, wasn’t completely shelved from performing. A fan with a key eye from Flatcrest spotted him in the Coldplay performance as a backup dancer. Which was met with rejoice by Turkish fans, who spotted him after clearing the fog in their eyes from being up so late. Baba was seen dancing off beat alongside perfectly dressed women who accompanied the lip-synced songs. Even with Baba’s mismatched attire, he was hard to spot due to how small he is.

After the show, Baba reportedly started a fight with Coldplay lead Chris Martin and Bruno Mars, who he stood eye to eye with.