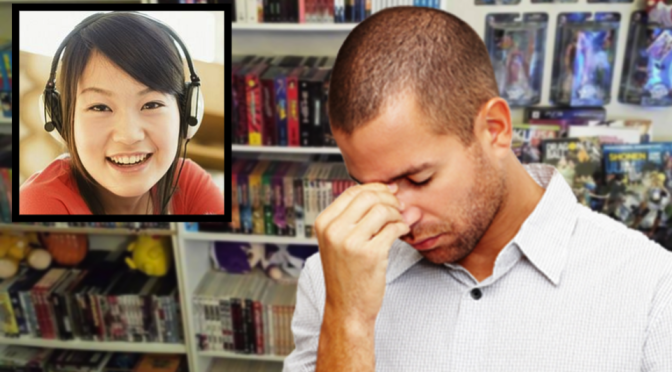 HAWTHORNE, CH –  Die-hard anime fan Tod McCullough has had a very rough day today as his date with a Japanese girl he met online did not live up to the standards that were set for him by his favorite fictional characters. McCullough met the 22 year-old Japanese exchange student on the online dating service Tinder. They conversed for a few short minutes before the man became visibly upset and left the coffee shop where the two agreed to meet up.

McCullough reportedly tried using pick up lines in Japanese, which failed miserably. The girl, who asked not to be identified, stated that she felt ‘violated’ and that western anime fans like McCullough are ‘losers who know nothing about my people’.

She also stated that this incident provoked her to take action by dropping out of University of Changshan and finish her Medical Science degree in her hometown of Osaka.